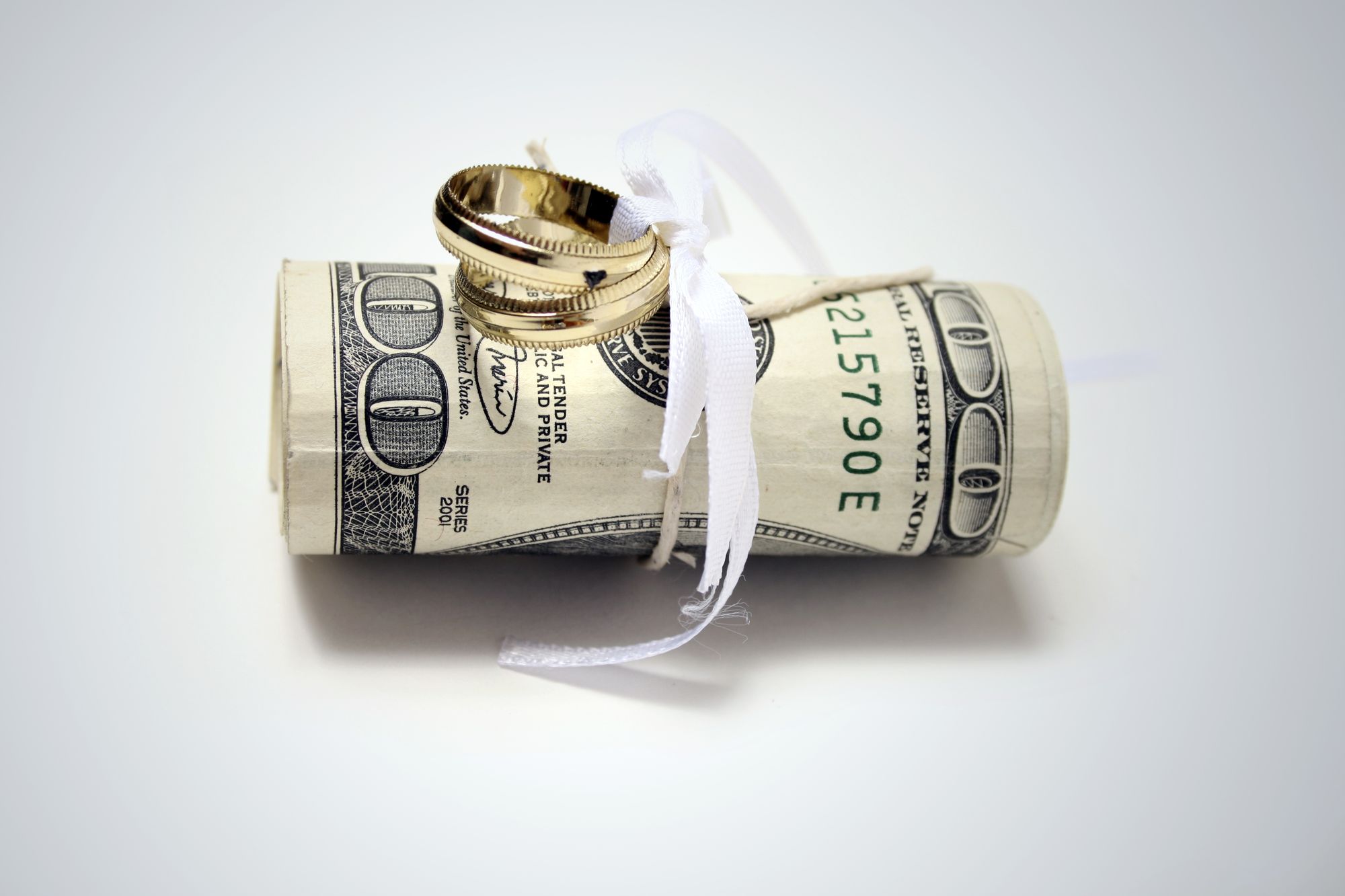 A recent article in the New York Times highlighted the importance of a couple agreeing on the type of financial lifestyle they wish to live before things get serious in a relationship. Questions such as “What is your credit score?” are increasingly asked on a first date. Unromantic? Very. Important? Exceptionally. As Muslims, we do not use dating as a means for marriage. But if a man and a woman are considering each other for marriage, a financial discussion is imperative. Research also conveys that one of the major reasons behind high divorce rates is poor money management, bad spending habits and debt distress. A couple must agree on the way their money will be spent. The romance comes later! By writing this, I seek to convey to my beloved Muslims to take heed of their financial decisions in a relationship and to instill an Islamic-financial perspective that will facilitate the marriage process in the Muslim community.

The Prophet Muhammad ﷺ (peace be upon him) told the youth to get married if they are able to, as marriage guards a person’s chastity. However, the Prophet ﷺ did not mention that youth need be rich to get married. Being rich has nothing to do with marriage. A family should be able to sustain itself financially for what they need at a minimum, at least in the beginning stages, and with the help of Allah, a couple can grow financially in the future.

The Prophet ﷺ also said: “A woman may be married for four reasons: for her wealth, for her lineage, for her beauty, and for her religion, so marry the one who is best in the religion and character, and you will prosper.” (Bukhari and Muslim)

Beauty will not last forever. Wealth will come and go. But the religion and the character of a person is what will last throughout his or her life. Islam teaches us that being rich in the heart is more important than being rich in the pocket.

Our hearts should be content with what Allah gives us, and to constantly thank Him for the innumerable blessings He has bestowed upon us. A Muslim couple should not be preoccupied with what others have in wealth. It is only a distraction from enhancing their relationship with Allah and with each other. Make du`a’ (supplication) that Allah blesses others with what they have, and be content with what you have as a couple. No doubt that Muslims should have nice clothes and work hard for a comfortable lifestyle, but we must also live within our means without yearning for what others have.

Allah says in the Qur’an:

“And in the heaven is your provision and whatever you are promised.” (Qur’an 51:22)

Everything is written for us! Our rizq (provision, sustenance, wealth, etc.) is already predetermined by Allah. We must have full faith that what Allah (swt) gives us is in our best interest. No one will make a penny more or less than what Allah has prescribed for them. Our wealth does not belong to us, it belongs to Allah. Out of the immeasurable generosity of Allah, Allah has promised to reward those who righteously spend from He already owns. Everyone will be held accountable for the wealth they have, the way it was earned, and how it was spent. Every couple should be content with and grateful for the financial situation they have. As a team, a husband and wife should not only invest their time and wealth in this life, but to also invest in their Hereafter.

A number of financial discussions also come up when discussing the mahr (dowry) and weddings. Unfortunately, some disagreements between a prospective husband and wife, or even their two families, have a more cultural than Islamic basis. It is not uncommon for the family of the bride to ask the proposing man for a very high dowry, be it money or jewelry. However, the dowry is not a price that Islam puts on a woman when she gets married. Our Muslim sisters do not have a price tag attached to them when they get married. The dowry is a gift from the man to the woman he is proposing to, and there is no set amount that the man must give. The dowry is whatever the man can afford to give her. The only requirement is that both families agree to the dowry offered. The worth of a Muslim woman is set by her faith and character, not by the amount of dowry she is given.

It is understandable, and encouraged in Islam, to have a wedding that is memorable, decorative, and full of celebration, happiness and laughter. And it is also an Islamic principle to spend moderately, and not be stingy or excessive. However, as thousands of dollars are spent on weddings in the Muslim community, some more extravagant than others, Allah says in the Qur’an when describing the characteristics of the righteous worshipers of Al-Rahman, The Most Merciful:

The Arabic word “israaf” in this verse is defined as excessive spending beyond one’s means. With that in mind, both stinginess and extravagance are denounced in Islam, and this verse should be kept in mind when planning weddings. Some couples actually go out of their way to get a loan for their wedding ceremony, at which point a couple begins their lives together paying off a loan, instead of building and investing that money for the couple’s future. Many couples are suffering because of the financial distress they are experiencing as a result of their unwise spending decisions and the massive debt they carry. Some have debt out of need, and we pray that Allah relieves them from the burdens of debt. However, some have debt out of their want for more, in which case they are adversely affecting their lives and those around them. Debt should be avoided, not only because of the Islamic prohibition of riba (monetary interest), but also so the couple can work for and focus on the family and its future rather than pay off a loan.

At times, our dear families worry too much about “What will others say about us?” when planning weddings. At times, people pressure themselves to put on a wedding that others will praise. It is notable to mention that our purpose in life is to please Allah before anyone else. Marriage is a means to please Allah and fulfill a sunnah (Prophetic tradition). Thus, weddings should avoid anything that may displease Allah, including excessive spending.

Without a doubt, a couple should enjoy their lives, cherish each other’s company and have memorable and quality time spent with each other. A couple should also strike a balance and keep in mind their future endeavors, such as the home they want to buy, the children they will have, the charity they will give, and the list goes on. With financial responsibility comes discipline. Financial professionals all agree that saving a portion of one’s money each month for the future is the best investment, and “if it doesn’t hurt, you’re not saving enough.”

Lastly, a successful relationship must have taqwa (God-Consciousness) at its center. For those who have taqwa, Allah says:

And [Allah] will provide for him from where he does not expect. And whoever relies upon Allah – then He is sufficient for him. Indeed, Allah will accomplish His purpose. Allah has already set for everything a [decreed] extent. (Qur’an 65:3)

Allah will provide to those who uphold His commandments, strive to better themselves everyday, have good character, give in charity, treat their spouse with respect and honor, are patient in times of hardship and have trust in Him alone in all their matters. Rizq (provision) can come in many different forms, not only money. For example, sound health or one’s parents being pleased with him or her are considered rizq from Allah; and the Prophet ﷺ said: “The best provision in this world is a righteous spouse.” A righteous spouse is the best rizq from Allah, and therefore a couple should, together, please Allah with their actions and decisions.

Brothers should seek a wife whose ultimate goal is to enter Jannah (Paradise), not a Louis Vuitton store at the mall. Sisters should seek a husband who has a goal of pleasing Allah in all that he does, and not solely pleasing the boss at work for a promotion or bonus.

We ask Allah to bless the marriages in the Muslim community and gather us with our families and spouses in Paradise, where the real wealth is.