Muzz Blog | relationships | Are Husbands Granted Superiority Over Their Wives? What Does The Quran Say?

Are Husbands Granted Superiority Over Their Wives? What Does The Quran Say? 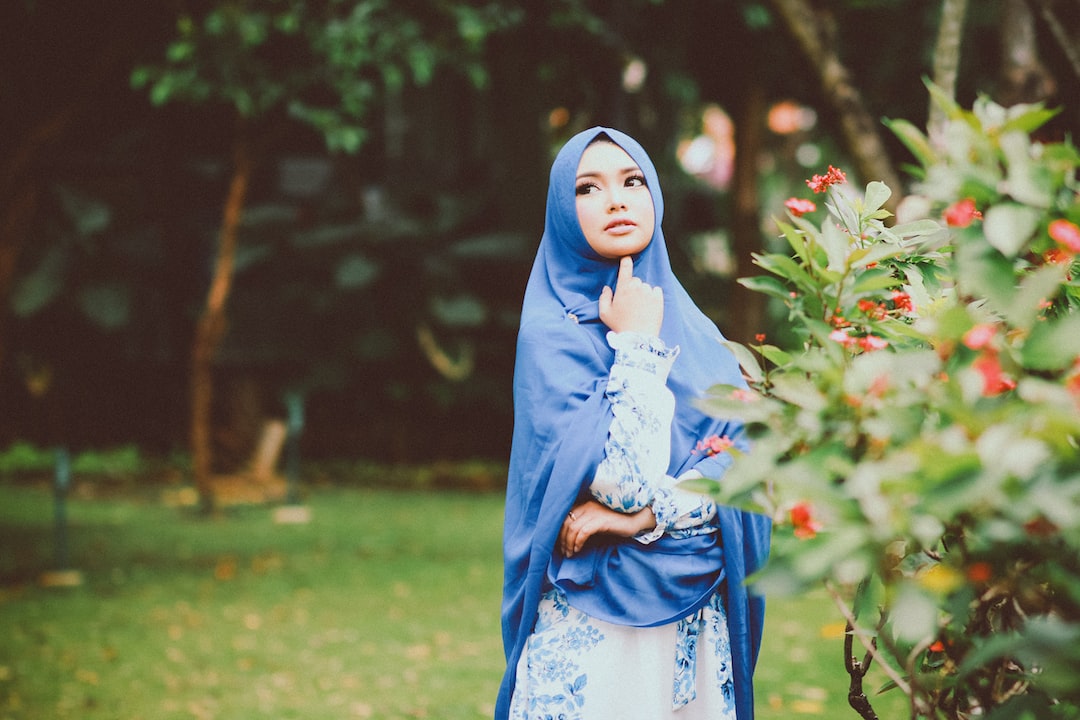 As I approached marriage, I consumed every talk, article and book I could find on the topic. Knowing I was embarking on what the Prophet (SAW) described as half our deen, I was eager to start this new chapter in my life with maximum blessings and with the Pleasure and Support of Allah. I wanted to get it absolutely right. Do a quick google search on the rights and responsibilities of wives in Islam and verse 4:34 comes up. Repeatedly. It reads:

“Men are the protectors and maintainers of women, because Allah has given the one more (strength) than the other, and because they support them from their means. Therefore the righteous women are devoutly obedient, and guard in (the husband's) absence what Allah would have them guard. As to those women on whose part ye fear disloyalty and ill-conduct, admonish them (first), (Next), refuse to share their beds, (And last) beat them (lightly); but if they return to obedience, seek not against them Means (of annoyance): For Allah is Most High, great (above you all).” 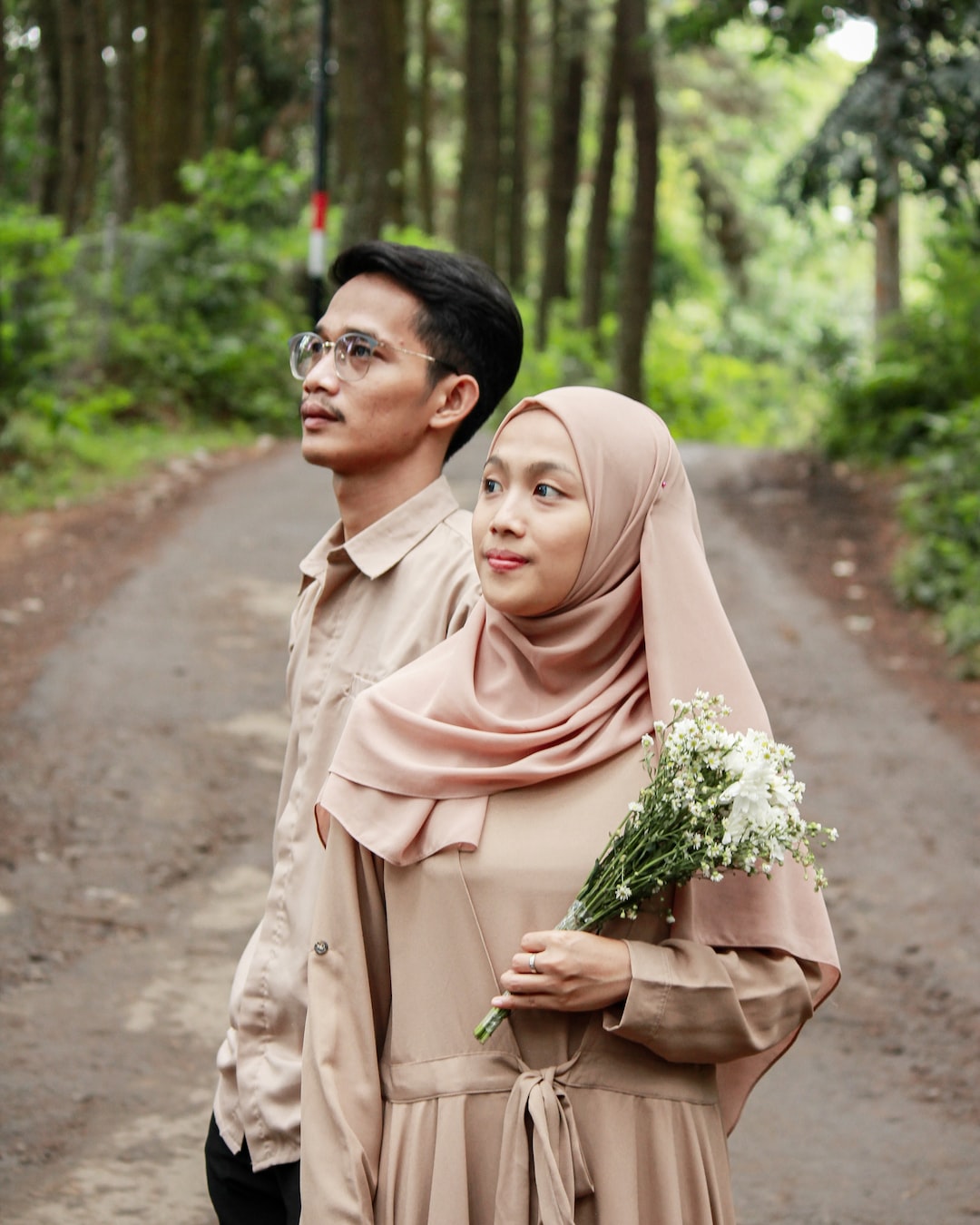 The message becomes clear: Men are in charge and women are to follow. Women are continually reminded that their obedience is to their husband and men are informed that they are protectors and authorities over their families. Sadly this is also the verse that is used to validate physical violence against wives by husbands as a means to “disciplining” them.

Whilst most of us would gawk at the possible approval for violence between spouses, we are oftentimes still happy to accept the hierarchy that is implied by the isolated presentation of this verse without considering other verses of the Qur’an, or even the noble example of the Prophet (SAW) whose own wives were treated by him as his equals.

As a young student of knowledge I had a fiqh teacher who seemed to get it. He was young, in touch with the community and what was important to the youth. I was also still in the first year of my marriage as were most of my friends and there were certain issues that seemed common to many of us. 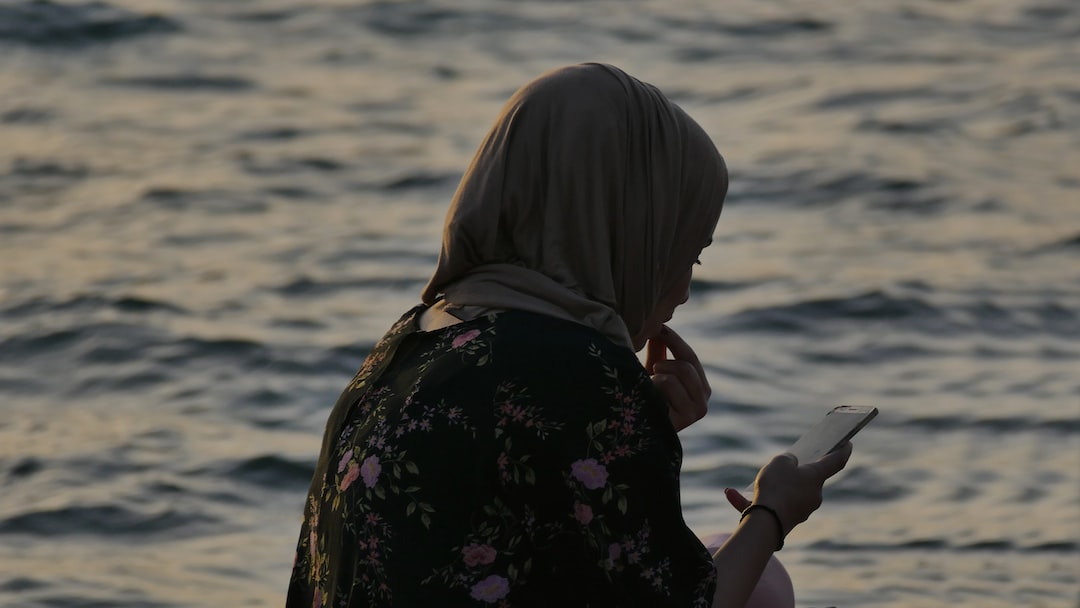 We had in laws that were interfering, husbands who didn’t know how to navigate this new role between wives and mothers, the awkwardness of establishing our own roles and relationship dynamics. So a few of us went to our teacher eager to get guidance from him on this issue, to receive some words of wisdom.

How disappointed we were when even he seemed to tow the party line; women must just “have patience”. It was as if there was no recourse to just practise for us. But this is why I am grateful for the Qur’an, for Allah’s Words, because where people fail us - even the most learned amongst us - Allah never lets us down. It's important that the Qur’an be read whole and that nothing should overshadow the just and fair principles of the Qur’an that run counter to this unfortunate stance that insists men have a “degree over women”. Regarding this particular verse then, it is useful to look at it in partnership with other verses which themselves counter this narrative that men are in charge of women.

Allah tells us in 49:13: “O mankind! We created you from a single (pair) of a male and a female, and made you into nations and tribes, that ye may know each other (not that ye may despise (each other). Verily the most honoured of you in the sight of Allah is (he who is) the most righteous of you. And Allah has full knowledge and is well acquainted (with all things).”

From the very point of our creation, Allah establishes an equality between men and women and peoples of different ethnicities and cultures. The only factor by which one may be considered better than another is piety, Taqwa.

For Allah there is no reason by which men are granted unrestrained superiority, authority or leadership over women. In fact, even verse 4:34 is conditional in that it is simply stating that men have a responsibility over their wives because they spend of their wealth on their wives and yet how many households are/can run on the singular income of the husband now? Very few. And even where this is occurring, how many a man could do so without the unpaid labour of the wife facilitating and sustaining him? Again, very few! 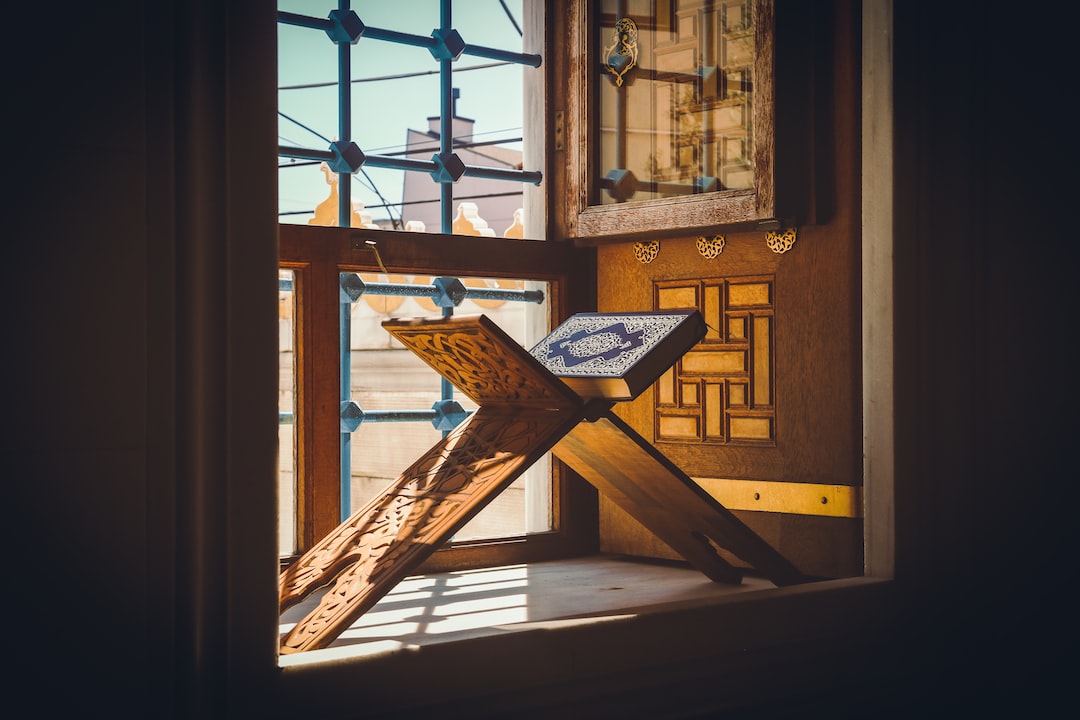 In verse 9:71 Allah says: “The Believers, men and women, are protectors one of another: they enjoin what is just, and forbid what is evil: they observe regular prayers, practise regular charity, and obey Allah and His Messenger. On them will Allah pour His mercy: for Allah is Exalted in power, Wise.”

In this beautiful verse, Allah reminds us that we are all, men and women, husbands and wives, fathers and daughters, brothers and sisters, mothers and sons, awliya, protecting friends of one another. 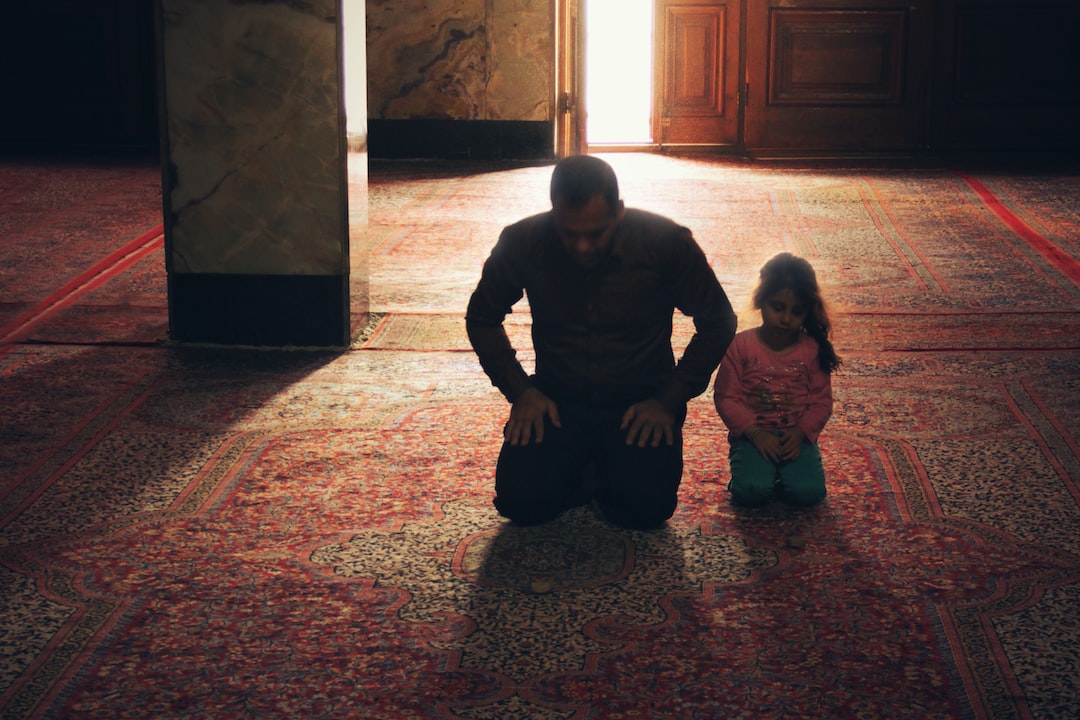 This verse establishes that across the board, all Muslims, regardless of gender, are in a relationship of mutual care and responsibility to each other, where we hold each other to the standards of justice in Islam, where we protect each other from falling into harmful behaviours that run counter to our faith. Not a single person is raised above another in this verse, no schisms and hierarchies are asserted but rather there is a drawing near to one another, a responsibility towards each other as equals and a coming together of our hearts.

I don’t think a single Muslim wedding invitation exists without verse 30:21 emblazoned in gold on it where Allah states:

“And among His Signs is this, that He created for you mates from among yourselves, that ye may dwell in tranquillity with them, and He has put love and mercy between your (hearts): verily in that are Signs for those who reflect.” 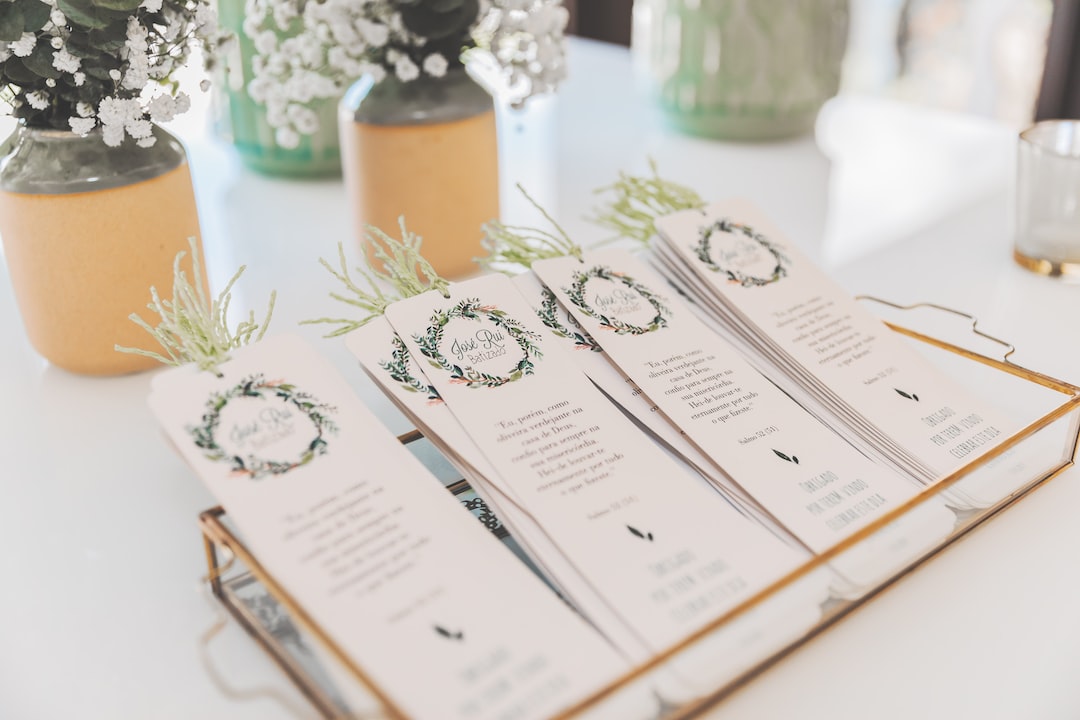 This verse is not only for adorning wedding cards. That from the evidences and signs that Allah grants to those who seek Him are those couples who establish a marriage based on love and mercy is both a profound honour and an incredible motivator to live with love and mercy as the core tenants of a marriage rather than authority and domination, for authority and domination are truly for Allah Alone.