2020 was a tough year, but it was a year to reflect, to strengthen ourselves, and a year to inspire others. It has also been a year where Muslims have been making history. In fact, five Muslims have made it into the Forbes 30 list Mashallah!

We have put together this list of influential Muslims of 2020 to celebrate those that have been instrumental in influencing us- it was definitely difficult to pick just 10, but here is our top pick (note: this list is in a random order)

As a Muslim marriage app, we love hearing all about Muslim couple goals- and this couple takes that to a whole other level! Dr Tureci and Dr. Sahin are the 2 Muslim scientists that discovered the Pfizer vaccine… and are also husband and wife.

This vaccine is life changing, and has the potential to protect humanity against one of the most deadliest viruses, Inshallah. They are beyond inspirational!

Ilhan Omar has certainly made history this year. Not only is she the first Somali Muslim American in congress, she’s also the first Muslim to wear hijab in congress!

In a time where there is so much racism and hate towards minorities and Black lives, Ilhan stood up and was re-elected into the 5th district of Minnesota, Mashallah.

Arsenal footballer Ozil makes it to this list as he bravely stood up for Uighur Muslims in China. He wanted his team to support Uighur Muslims, but he also called out other Muslims too, for staying silent over this cause.

This was an inspirational move from Ozil; when you’re in the spotlight it’s hard to stand up for what you believe in, especially when no one else is speaking out, but Ozil did, and that’s a sign that we should always stand up and speak out for what we believe in.

Over the past month Halima has been trending widely online. Why? Because she decided to give up modelling; give up all the money and the glamorous lifestyle, as she felt it was taking her away from Allah and Islam.

Even though so many people don’t understand why she did this, or are questioning her, she sttod by her choice, and she is a true role model. Just like Ozil she is showing us it’s important to stand for what we believe in, and to not compromise our morals and beliefs for this world or for anyone.

Waheed is a Muslim entertainer who has also made it into the Forbes 30. Adam Waheed does comedy sketches on instagram and tiktok, but has also directed a short film which has made it into the Cannes film festival! It’s amazing to see Muslims shining and representing us in positive ways.

Bilqis is truly an inspirational figure. Just as her professional career was taking off, and her dreams of being a pro basketball player were coming true, a rule came out stating that she couldn't wear hijab while playing basketball, to keep the game "religiously neutral”.

Torn between her faith and her dream, Bilqis chose her faith, and for years pushed to have the rules changed so that females can play with their headscarves. Eventually others started to speak up, such as Sikhs who wanted to play with their turbans on. Eventually the rulings were changed and head coverings could be worn!

However this success was bittersweet for Bilqis, as she was now considered too old to play. She sacrificed her dreams but paved the way for thousands of young girls to be able to play the game while feeling confident in a hijab. For that she is truly inspirational. She now trains Muslim girls to chase their basketball dreams and to not compromise their faith, Mashallah!

Rashida Tlaib has made history being the first female Muslim to enter American Congress. Being part of Congress in the US under Trump's reign definitely requires courage, which Rashida certainly has. And in 2020 she was re-elected into congress!

I’m sure you’ve all heard about Khabib- one of the greatest MMA fighters in the world! He always remembers Allah and is unashamedly Muslim and proud, and that’s why he makes our list.

After Khabib’s father passed from Covid (Inna Lillahi wa inna ilayhi raji'un) he announced his retirement as he no longer wanted to fight without his father by his side, in respect of his mother’s wishes. Khabib is a true role model. 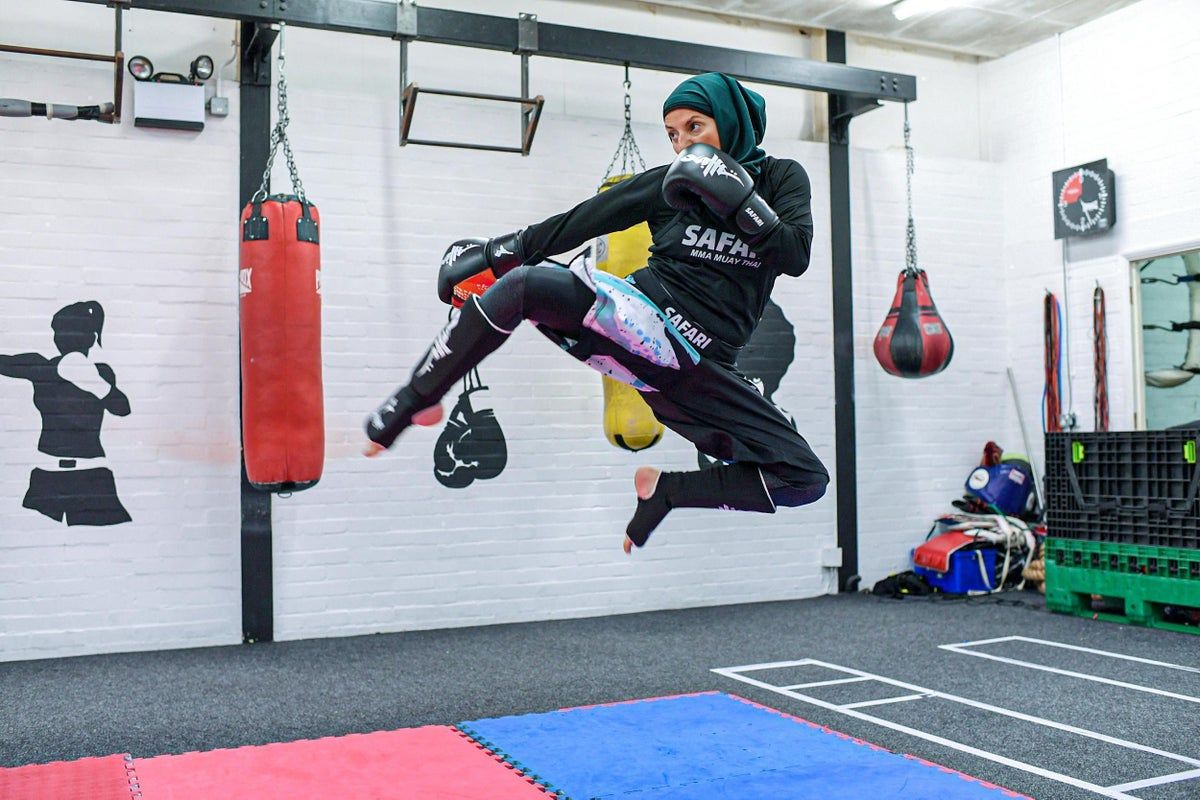 Khadijah Safari is an absolute legend, she has a blackbelt in Muay Tai kickboxing and created a video that went viral teaching Muslim women self defence- with a hijab on!

Unfortunately Islamophobia is on a rise, and so it is so important we learn to defend ourselves, which is why what Khadijah Safari did is so honorable- she has a range of videos including what to do if someone tries to rip your hijab off.