Muzz Blog | relationships | A Point of View: Is There a Secret to a Happy Marriage?

A Point of View: Is There a Secret to a Happy Marriage?

Nobody can explain the secret to a happy marriage, says Adam Gopnik, but it doesn’t stop people trying.

Anyone who tells you their rules for a happy marriage doesn’t have one. There’s a truth universally acknowledged, or one that ought to be anyway.

Nonetheless (you knew there was a nonetheless on its way) although I don’t have rules, I do have an observation after many years of marriage (I’ve promised not to say exactly how many, though the name “Jimmy Carter” might hold a clue).

This principle, or formula, came to me when I was thinking about something else entirely – usually a good sign, lateral thinking being generally saner than the logical kind.

It dawned on me when I was brooding on the marriage of Charles Darwin and Emma Wedgwood, his cousin, for a book I was writing that was in part about the Darwins.

In 1838, when Darwin was first thinking of marriage, he made an irresistible series of notes on the subject – a scientific-seeming list of marriage pros and cons.

Against the idea, he listed “the expense and anxiety of children” and the odd truth that a married man could never “go up in a balloon”.

In favour of marriage, he included the acquisition of a “constant companion and friend in old age” and, memorably and conclusively, decided that a wife would be “better than a dog, anyhow”.

And the Darwins went on to have something close to an ideal marriage. As he lay dying in 1882, the distinguished scientist, who had irrevocably altered the consciousness of the world, and knew it, said simply: “My love, my precious love.”

What made it work? My theory is that happy marriages, from the Darwins on down, are made up of a steady, unchanging formula of lust, laughter and loyalty.

The Darwins had lust, certainly – 10 children in 17 years suggests as much anyway – and they had laughter. Emma loved to tease Charles about his passion, already evident in youth, for obsessive theorising.

“After our marriage,” she wrote to him early on, “you will be forming theories about me, and if I am cross or out of temper you will only consider: ‘What does that prove?’ which will be a very philosophical way of considering it.”

And loyalty? Well, despite Emma’s Christian faith, she stood by him through all the evolutionary wars, and did for him the one thing only a loyal spouse can do – pretend he wasn’t in when German journalists came calling.

So, marriages are made of lust, laughter and loyalty – but the three have to be kept in constant passage, transitively, back and forth, so that as one subsides for a time, the others rise.

Lust, I suppose, needs no explanation. I will add only that when I told our children complacently once that if my wife had been five inches taller, she would have been out of my league. She replied – accurately – that she was out of my league, and always had been, and that if she had been five inches taller we would simply have been playing a different sport.

Nor does laughter need much annotation. The greatest joy in life is to discover that the same absurdities of life seem absurd to you both, creating that lovely moment of breakage when the masquerade of courtship you have been enacting becomes suddenly a backstage embrace: We’re on to each other, and to the world, and will forever be in cahoots.

The trick is that marriage is played upon a tilted field, and everything flows downhill towards loyalty.

We’ve all seen that. Marriages from which lust fled decades ago, and laughter became hollow back in the 1990s, but which continue to run on loyalty alone. 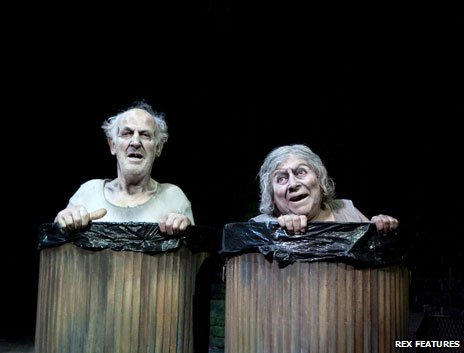 They persist on a primitive attachment, no better – and in many ways quite like – that of a couple living in rubbish bins in a Samuel Beckett play, held together by an incantation of repeated phrases in the face of the encroaching hopelessness. Loyalty alone can sustain a marriage, but not happily, and not for long.

And so people are inspired again and again to try and pass directly back from loyalty back to lust – to re-light or re-kindle a marriage with the old passion.

This produces the romantic getaway – the hotel room rented for the night on Valentine’s day, and all the rest of the pathetic arsenal of re-lighting a fire that went out 10 summers ago.

When your troubled friends head for the Caribbean, you know that it is all over. “We tried everything, even Venice,” your friend says, and you sigh for them. You can’t transcend loyalty and get back to lust in one short step.

The Big Lebowski is a cult film. That is to say, not everybody likes it but those who do, in the main, have a special relationship with it.

This is because the three-part formula of lust, laughter and loyalty is one in which you can only return from one end of the equation to the other by passing through the middle term. It’s like getting to the cafe car on a train – you can’t avoid walking through the cars between.

The real problem therefore with maintaining a happy marriage is this – that although the things you both found funny early on will remain so, the larger sense of what is funny will divide over time.

Any sane person, for instance, knows that the three funniest movies ever made are This Is Spinal Tap, Monty Python and the Holy Grail, and one of the Naked Gun movies. My son knows this. I know this. Everyone knows this.

Yet my wife, to take an example completely at random, thinks that funny movies include things such as Annie Hall and The Big Lebowski.

Very, very good movies, to be sure. The best. But not really funny movies.

My wife, like many of her kind, thinks that funny movies are funnier when they have, you know, a point and an emotional arc, elements of pathos and meaning. She thinks that funny should be funny-plus, instead of funny-funny. 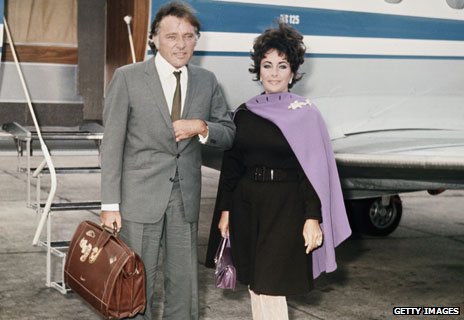 And since the funniest single sketch ever recorded is Peter Cook and Dudley Moore’s 1960s pub sketch – the one where Pete and Dud share tales about the famous movie stars they have had to beat away from their beds – it creates the perfect pre-aphrodisiac, the moment to begin to laugh again. This means that every marriage can be saved.

And so, I realise, with the blinding clarity with which Darwin reduced the mystery of life’s passage simply to the struggle for existence, that all happy marriages can be reduced to the ongoing ability to continue to laugh together when Pete explains that he had to beat Betty Grable off with a broomstick.

Be lit by lust, enlightened by laughter, settle into loyalty, and if loyalty seems too mired, return to lust by way of laughter.

I have had this formula worked out – and repeated it, waggishly, to friends, producing for some reason an ever more one-sided smile on the face of my beautiful wife.

Some thoughts on marriage
“The whole purpose of a husband and wife is that when hard times knock at the door you should be able to embrace each other.” Nelson Mandela

“Sometimes I wonder if men and women really suit each other. Perhaps they should live next door and just visit now and then.” Katharine Hepburn

“Marriage has many pains, but celibacy has no pleasures.” Samuel Johnson

“Some people claim that marriage interferes with romance. There’s no doubt about it. Anytime you have a romance, your wife is bound to interfere.”Groucho Marx

“I love being married. It’s so great to find that one special person you want to annoy for the rest of your life.” Rita Rudner

Until, not long ago, I realised that there was a flaw in this idea. And that was that I had underestimated the reason that loyalty had such magnetic power, drawing all else towards it.

For I had been describing loyalty in marriage as though it were a neutral passive state – a kind of rest state, a final, fixed state at the end of the road of life.

And then, well, against our better wishes, and our own inner version of our marriage vows, at our daughter’s insistence we got a dog. And this is what changed my view.

“The expense and anxiety of children” indeed. Our daughter’s small Havanese dog, Butterscotch, has instructed us on many things, but above all on the energy that being loyal really implies.

Dogs teach us many things – but above all they teach us how frisky a state loyalty can be.

Dogs, after all – particularly spayed city dogs that have been denied their lusts – have loyalty as an overriding emotion. Ours will wait for hours for one of its family, and then patiently sit right alongside while there is work to be done.

Loyalty is what a dog provides. The ancient joke-name for a dog, Fido, is in truth the most perfect of all dog names – I am faithful. I am loyal. I remain. 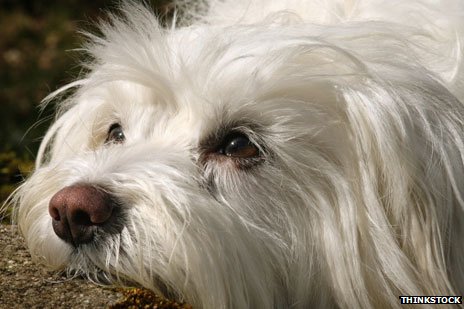 Dogs are there to remind us that loyalty is a jumpy, fizzy emotion. Loyalty leaps up at the door and barks with joy at your return – and then immediately goes to sleep at your side. Simple fidelity is the youngest emotion we possess.

So to my wife. She has been complaining for the past few years that I have not yet dedicated a book to her. I have always said that it is because I do not yet know how to express the extent of my feelings.

“To Martha,” I shall write at the beginning of my next book. “Better than a dog, anyhow.”

She at least, will understand the depth of passion, of lust and laughter and loyalty – of precious, long-married love – that those Darwinian words describe.